…is no doubt the main holiday of the year. According to the most recent polls about 90% of the Ukrainians have called it their favorite holiday, everybody impatiently waits for round the year. People decorate the New Year Tree, cook festive dinners, buy presents, go to numerous New Year’s parties that are generously held not only at the end of December but also in the first two weeks of January. There is a saying that a person will spend the year the way he has welcomed it, so many do their best to have fun on the New Year’s Day. One usually spends this day or, to be more precise, evening and night with his family or friends. The local channels show loved-by-all Soviet films and a few minutes before midnight, the annual festive address of the President to his nation is broadcasted. This bright holiday is loved by people of different ages, but it is especially dear to children. They believe that Ded Moroz, or Santa Claus, comes this night and puts gifts under the tree, of course if they haven’t been naughty in the old year. People usually prepare presents for their friends and relatives and exchange them at 12 clock in the night.

…Orthodox Church uses the Julian calendar, which is 13 days behind the Gregorian calendar, used in Europe and North America. Therefore the Ukrainians celebrate Christmas on January 7, 13 days later than the Catholic world. A very important religious holiday, Christmas wasn’t celebrated under the Soviets almost during the whole 20th century and only at the end of 1990s it was resurrected. On January 6th, Christmas Eve, many families gather for Sviata Vecheria (Holy Supper). The twelve-course meal is dedicated to Christ’s twelve apostles. The traditional meals included are kutia (home-made bread with honey and red poppies), borsch (beet soup), vushka (dumplings filled with onions and mushrooms), a variety of fish, vareniki (dumplings filled with cabbage, potatoes, or prunes), and holubtsi (stuffed cabbage). In the last few years many forgotten traditions like Kolyadki (masked children going door-to-door to receive candy in exchange for traditional songs and jokes) have being reviving.

…The strangest holiday of the Slavonic calendar. In fact, it is also connected with the conservatism of Slavonic people. After the 1917 Revolution, Russia and Ukraine switched to the western calendar. Before that time they have been 13 days behind the rest of the world. However, even though the official calendar was switched, many people did not want to change and others refused to celebrate New Year before Christmas. The celebrations are not of such an enormous scale as the ones of the New Year’s Day and it is not a day off.

…or Students’ Day. The holiday originates to the 18th century. In 1775, on the day of Maiden Tatiana the Martyr Empress Elizabeth Petrovna signed the regulation about the foundation of Moscow University, which went down into history as the first Russian University. In the 18th and 19th centuries this day was celebrated as the Day of Foundation of Moscow University, but already in the second half of the 19th century it became a holiday of all the Universities and students. Today, Tatiana’s Day is a kind and cheerful holiday, when students enjoy the freedom, youth and coming vacations. Those who have been students decades ago remember their old good days at universities.

… When the so-called Iron Curtain fell down, people of the Former Soviet Union saw that there are a lot of nice European and American holidays and have eagerly adopted some of them. There is no point in describing Ukrainian St. Valentine’s Day as there is practically no difference from the Western holiday of the same name. Â People give little presents, chocolates and valentineâ€™sÂ postcards in shape of hearts to their beloved ones.

…Originally introduced by the Communists, this holiday has lost its political content and has become a cultural tradition. On this extremely popular holiday men are expected to do everything around the house and give their Russian women the possibility to have at least the only day off from all that cleaning and cooking. Men present chocolate, flowers and gifts to their wives, mothers, daughters, sisters, female friends and colleagues.

…or Humor Day People play tricks on their friends and if they have a sense of humor then everybody have fun. The best tricks are considered the ones made before midday.

…The major holiday of the Orthodox religious calendar. It is usually about two weeks after Catholic Easter. For many people this holiday starts with church attendance on Saturday evening, where the festive church service is held and the father, or Orthodox priest blesses kulichi (traditional Easter cake) and pisanki (painted Easter eggs). The father greets the congregation repeating many times over: ‘Christ is risen!’ and the congregation replies in chorus ‘Indeed He is risen!’ During the day people visit relatives and closest friends and present them with Easter basket, filled with kulichi and pisanki, which are believed to posses a spiritual power. Everybody greets each other with ‘Christ is risen’, then follows the answer ‘Indeed He is risen!’ and exchange with triple kiss, the so-called Khrystosuvanni.

…or May Day. Under the Soviets, it was one of the greatest holidays of the year – with colorful demonstrations and celebration of the workers and kolkhozniks, or collective farmers. Today, practically nobody bothers with parades, transparency and that entire Soviet staff (surely except for some energetic old people, who try to revive those ‘good old days’). People just stay at home and rest. Nevertheless, this remnant of Communism is unlike to die in the near future.

…Owning to the closeness of this holiday to May Day, often the first week of May is weeklong holiday for the whole country. It is a very important holiday for all the Ukrainians, while you hardly find a family, which would not suffer from Nazis in the World War II. Large military parades are held, wreathes and flowers are put on graves of soldiers and those who died in war. Family and friends congratulate veterans who wear their uniforms and medals on this day.

…It comes fifty days after Easter and celebrates the Descent of the Holy Spirit who poured himself out on the apostles. On this day people decorate their houses and apartments with greenery, which is a reminder of the new life that comes through baptism. The wildflowers blessed on the festive church service are dried up and kept behind the icons, as they are believed to possess special spiritual powers. For example, if the mistress of the house puts dried flowers in the garret, they will protect the house from fire. On Holy Trinity Day young girls make garlands and throw them in the river or lakes to foresee the future. If the garland sinks, the girl who made wont get married in the following year, if not, she will. This tradition originates from the pagan holiday celebrating the beginning of summer, which was forbidden after the Christening of Kievan Rus.

…It is quite obvious that this holiday commemorates the signing of the Ukrainian Constitution that took place in 1996. As this holiday is rather new there are no particular traditions of celebrating it. For example, in Kharkov on the Constitution Day on Maidan Nezalezhnosty Square concerts of popular Ukrainian singers are held. Besides, on this day you are sure to hear the hymn of Ukraine, broadcasted on radio or TV or sung by people in the street.

…In 1991 Ukraine became independent from the USSR and was proclaimed a Sovereign State. The Independence Day is usually celebrated with festivals and military parades. If you have a possibility, visit the performance of military orchestras that is quite interesting.

…The first day of the new school year. Children go to schools; students go to universities and institutions, where on this day different celebrations are held. The most spectacular events are at elementary school. Well-dressed first-year children, bringing flowers for their first teacher, gather in the schoolyard or in the school to listen to the first bell ringing. A first-year child, usually a girl, is carried by a graduating student, usually a boy, and she rings a bell, thus, opening a new school year.

Oct 14 Day of Defender of Ukraine

Defender of the Ukraine Day replaces Defender of the Fatherland Day which was observed on February 23rd. The older holiday was seen as a Soviet holiday and no longer seen as appropriate to celebrate given the ongoing disputes with Russia over territory in eastern Ukraine and Crimea. This day is considered to be Men’s Day in Ukraine and all women congratulate their beloved men, sons, fathers, husbands on this holiday. Though many people still continue celebrating the 23rd of February as Men’s Day like it used to be.

Every day of the year is some Russian single womans name day (‘imeniny’ in Russian). It is a reason to celebrate, wish your Ukrainian lady a Happy Name Day, and buy a little present, like flowers and a box of chocolates.

Find out on which days your Russian girls name falls and dont forget to congratulate her! 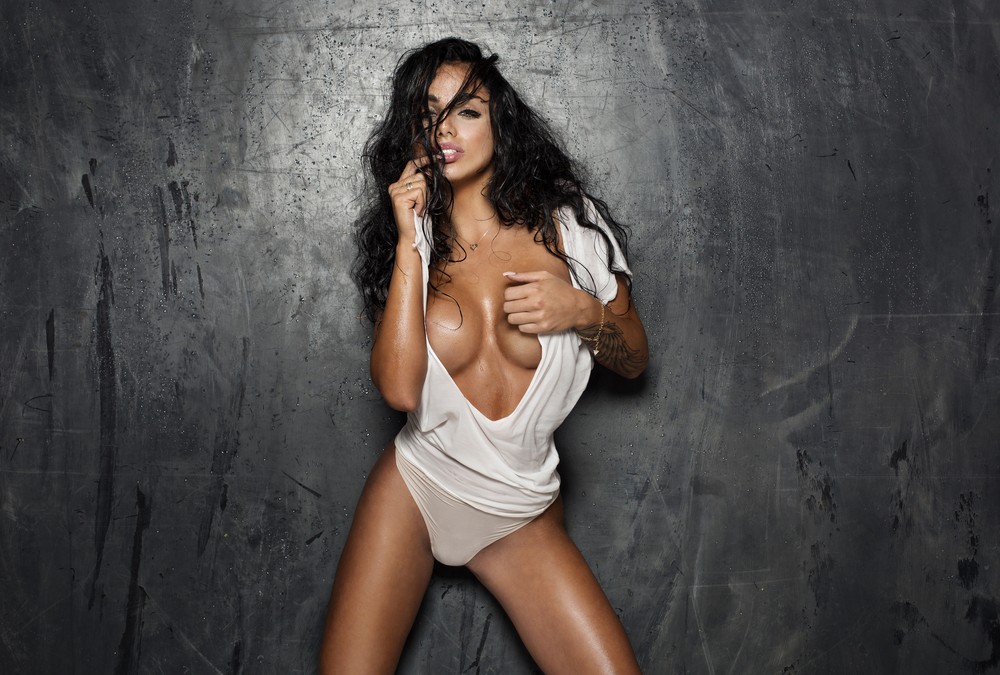 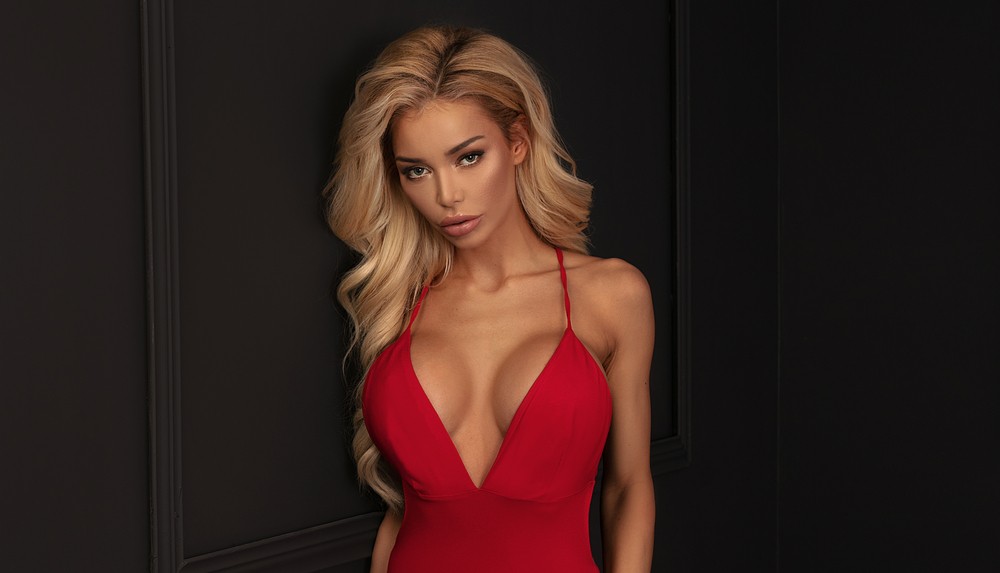 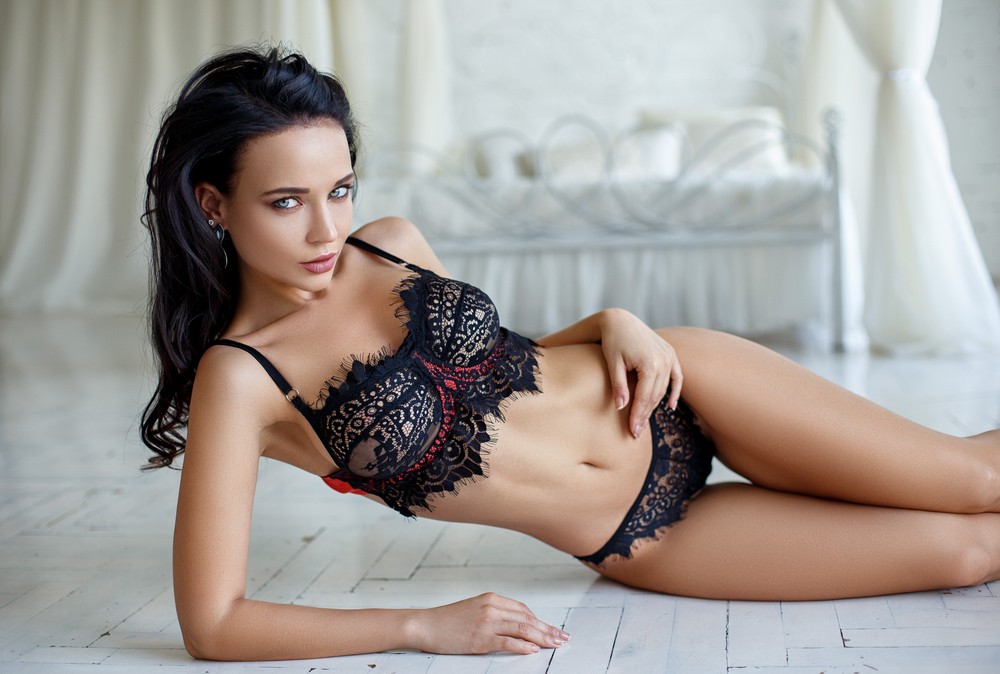 How To Understand If A Single Ukrainian Girl Likes You

A Simple Guide To Understand Whether Ukrainian Ladies Like You

Beautiful Ukrainian Women: What Makes Them So Special?

Find Your Soulmate Online—Find Out More About Marriage Agency

If you’re looking for Russian girls for marriage, you need a marriage agency that can help you with that. But

What about dating Ukraine women? It’s an opportunity to find the lady of your dreams. The best way to find

We use cookies on our website to give you the most relevant experience by remembering your preferences and repeat visits. By clicking “Accept All”, you consent to the use of ALL the cookies. However, you may visit "Cookie Settings" to provide a controlled consent.
Cookie SettingsAccept All
Manage consent

This website uses cookies to improve your experience while you navigate through the website. Out of these, the cookies that are categorized as necessary are stored on your browser as they are essential for the working of basic functionalities of the website. We also use third-party cookies that help us analyze and understand how you use this website. These cookies will be stored in your browser only with your consent. You also have the option to opt-out of these cookies. But opting out of some of these cookies may affect your browsing experience.
Necessary Always Enabled
Necessary cookies are absolutely essential for the website to function properly. These cookies ensure basic functionalities and security features of the website, anonymously.
Functional
Functional cookies help to perform certain functionalities like sharing the content of the website on social media platforms, collect feedbacks, and other third-party features.
Performance
Performance cookies are used to understand and analyze the key performance indexes of the website which helps in delivering a better user experience for the visitors.
Analytics
Analytical cookies are used to understand how visitors interact with the website. These cookies help provide information on metrics the number of visitors, bounce rate, traffic source, etc.
Advertisement
Advertisement cookies are used to provide visitors with relevant ads and marketing campaigns. These cookies track visitors across websites and collect information to provide customized ads.
Others
Other uncategorized cookies are those that are being analyzed and have not been classified into a category as yet.
SAVE & ACCEPT